﻿﻿ Welcome to Banbury Connections.  Banbury Connections is a large British outline 00 gauge model railway with a strong emphasis on operation. It is generally set in 1962, the change over from steam to diesel. At times the layout operates in 2012 mode (50 years on) and the traditional trains are replaced by contemporary British rolling stock.

The layout measures 7.3m x 16m and features 35 stations representing a cross section of ex-Great Western Railway and ex-Great Central main lines. In addition, there is a southern orientated cross-country route from Banbury to Gosport, and a route from Bristol to Leamington Spa and Birmingham, which also features some London Midland Region trains. Despite the layout’s size, there is no continuous circuit. The first main route is Marylebone (London) to Chester and Birkenhead in the northwest via Birmingham. At Wolverhampton the line diverges with a line into 8 storage loops, representing Manchester and points beyond. A branch is modelled from Shrewsbury to Aberystwyth and Pwllhelli. The second main route is the Great Central, which diverges at Banbury for Rugby, Leicester, Nottingham, Sheffield, and on to Manchester and Bradford with a branch to Cleethorpes.
The south coast branch, joins at Banbury, with through trains to Bradford and Birkenhead. Just to make it more interesting, apart from trains between Bristol, Birmingham and points north there is also a direct connection from the Bristol to Great Central line via two delta, that is 3 way junctions, either side of Leamington Spa.

The maps below indicate the routes and stations modelled. Please note that the full size maps are downloadable under the 'Resources' section of the website. 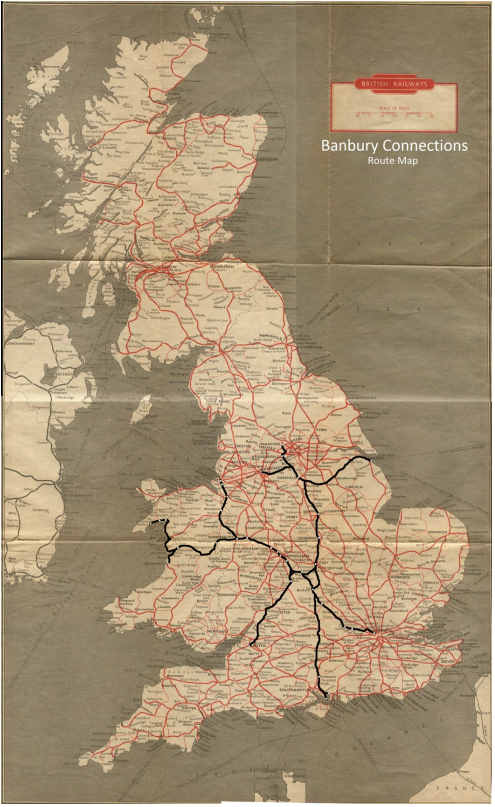 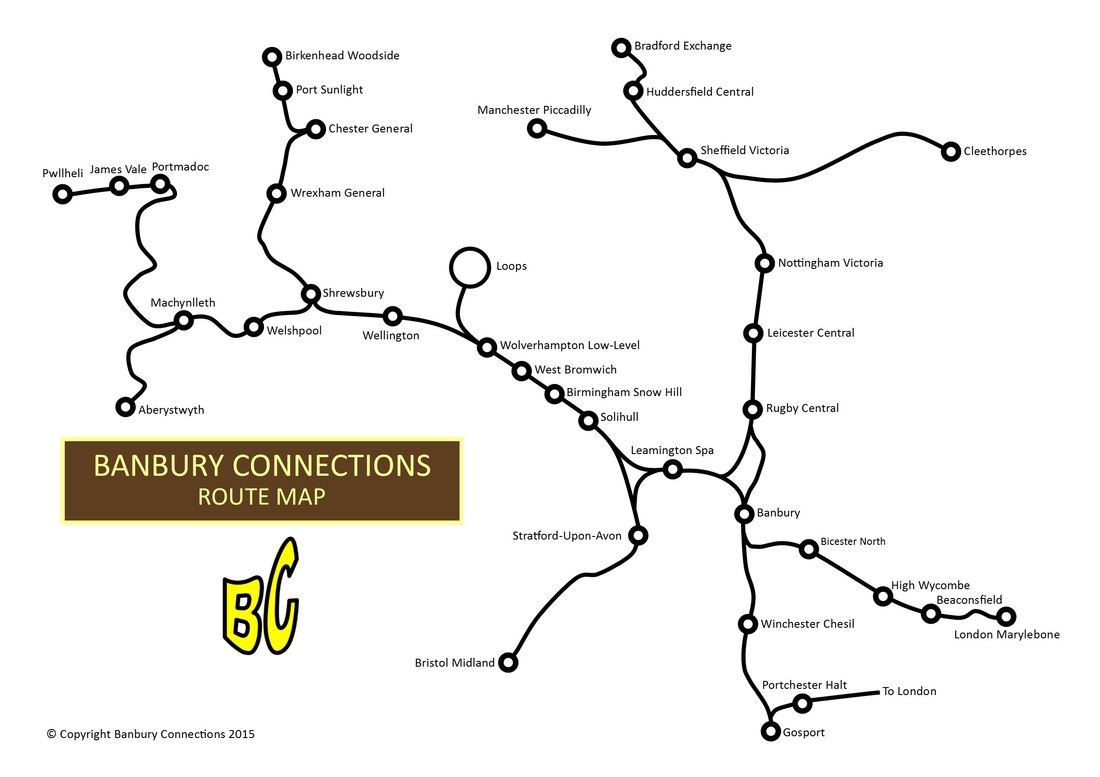