The Complete Guide to Banbury Connections

Below is the Complete Guide to Banbury Connections. This tome provides operators with a tool in which to understand how Banbury Connections operates. This includes an overview of operating procedures, a walk through each of the major stations, details of the passenger, parcels and freight services running on the railway as well as a catalogue of the locomotive and carriage types employed. Individuals wishing to improve their understanding of the railway are encouraged to read this guide.

The following article, published in the March 2019 Railway Modeller, looks at the development of Gosport Corporation Tramways and details the story behind the acquisition of its fleet.

A copy of the article on the complete Banbury Connections, which featured in the January 2018 Railway Modeller, can be downloaded from the following link. The article provides an overview of the model railway, and delivers insights into the inspiration behind its development and the factors which drove the geographical extent of the present day Banbury Connections.

Below is an article from the July 2017 OPSIG (Operations Special Interest Group) magazine, based in the United States, giving a general overview of Banbury Connections prior to its 2015 extension to Shrewsbury, Chester and Birkenhead.

Project Woodside: A 54" train shed for a tenner in under a week

Exert from the January 2017 Railway Modeller about construction of the Railway's Birkenhead Woodside Station overall roof for a mere ten pounds sterling. I have also attached the unedited version of the document which provides more constructional details.

Below is an article from the September 1965 Model Railway News which inspired the modern day Banbury Connections.

Below are the station sign and number templates developed and used by Banbury Connections. The templates below can be easily adjusted by typing in your own station names and platform numbers. To create station signs I simply glue the name onto a cardboard backing and use matchsticks as the posts.

Below is a copy of the diagram used to aid Banbury Connections operators in working a double slip point. Setting these points has often proven challenging to new members of the operating crew. 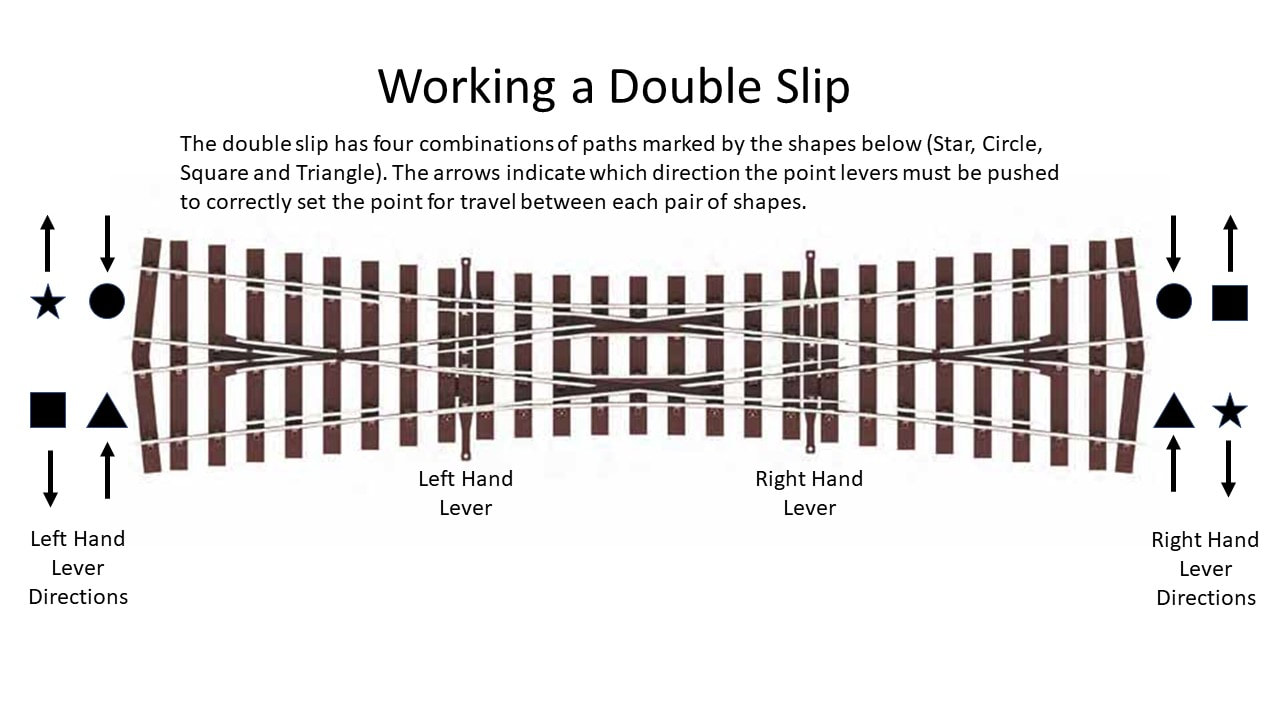 Below are downloadable full-size maps of the Banbury Connections network. The first shows the overall track arrangement, the second shows the railway in its geographically correct form and the third superimposes the railway onto the 1961 map of British Railways.

The Blue Pullman running on Banbury Connections was upgraded with a Bachmann Class 150 power unit which has been fitted in one of the centre driving cars. This has provided an extremely powerful and reliable mechanism to the 8 car DMU. The centre cars can also be upgraded by purchasing second class and restaurant car window inserts.

After nearly 40 years service the original Airfix Class 31 has become very tired. Given the availability of new Hornby RailRoad Class 31's in BR Blue livery, the opportunity was taken by Banbury Connections Management to commission substitution of the original Green Airfix body onto the new Hornby Chassis. Of course this is not as simple as it sounds! as the new chassis has the buffers molded onto it whilst the original has the buffers on the body!. BRED (Banbury Connections Rolling Stock Engineering Department, rectified this issue by surgery on the Hornby chassis to remove that set of buffers. This allowed the Airfix body to friction fit onto the new chassis very comfortably. The Operations Department is so impressed with the result that it has ordered an additional unit with these modifications!

When our Heljan DP2 arrived, we found that the locomotive's universal drives were not connected to the motor. This led to the locomotive remaining stationary when the power was applied. After taking a look and reading some comments on RM Web, it was found that the motor block may shift during transit. In order to solve this problem the motor block must be moved back into the centre to allow both universal sockets to connect.
​Note: To remove the DP2 body, undo the four screws on the bottom which releases the outer casing then undo the next four screws. The instructions are incorrect as they only mention the first four screws.